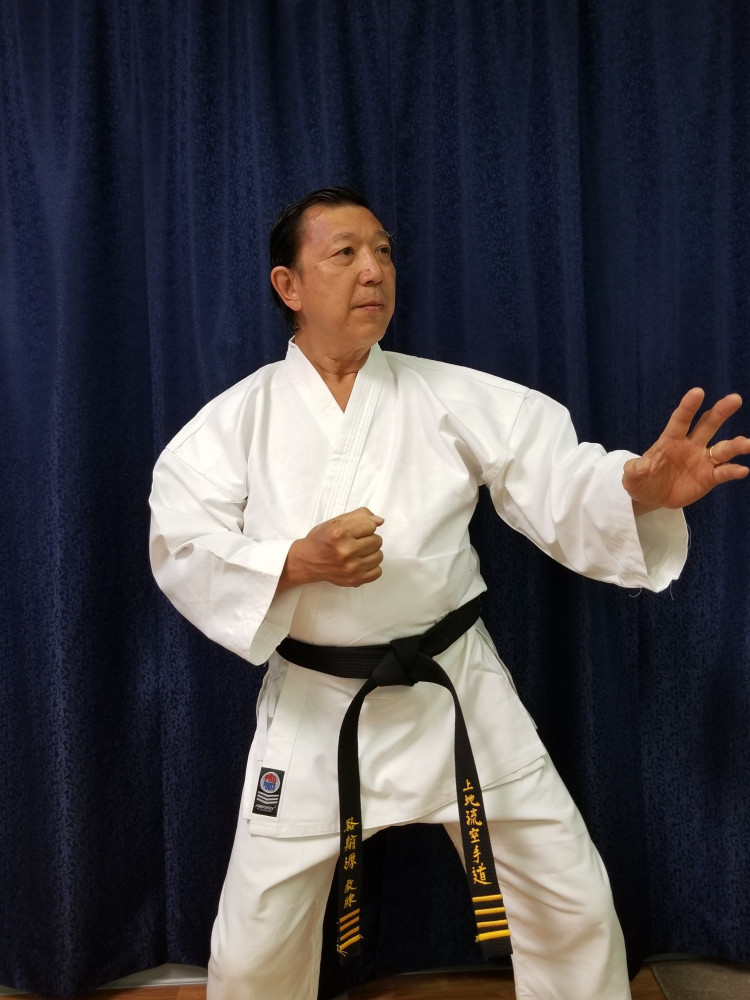 ​
Seminar Topic:
​
Exploring the "Soft" in Half Hard/ Half Soft Paingai Noon
​​ 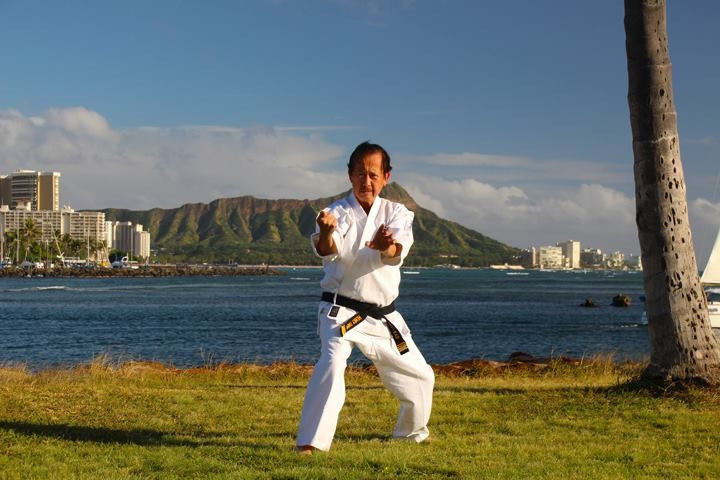 Henry is a 10th degree black belt (Hanshi) certified by ​the IUKF. In addition to Uechi-Ryu Karate, Mr. Thom is also trained in Hung Gar and North Shaolin Kung Fu. Henry received his ​​​original black belt in 1967 from Master George Mattson, the pioneer of Uechi-Ryu Karate in the USA

Henry will be leading a typical Uechi-ryu workout for the entire group and fine-tuning the Honolulu Uechi Ryu members as part of his annual visit. ​We are so fortunate to have Henry as mentor to our little group and count this time spent with us as invaluable.
​​
The ​​​Honolulu Uechi-ryu Gasshuku 2020 Confirmed Presenters
The Ala Moana Hotel located directly across from Magic Island is offering a special Promo Code Discount for all attendees of the Honolulu Uechi-Ryu 2020 Gasshuku!

​ ​​​To access the special rates, attendees are encouraged to please book by either of the following:
Online at www.alamoanahotelhonolulu.com​, using Promo Code: HNL20

​or by phone, calling their reservations department. If calling reservations, please mention Promo Code (HNL20)
Ala Moana Hotel reservations can be reached at:

​​Alternatively, special rates are also available for ex-military at the Hale Koa Hotel. It is also very close to Magic Island.

Involved with​ Uechi-ryu karate since the 1980s. He has done research, teaching, and training projects in Okinawa and China. Dr. Swift received his doctorate from Duquesne University in 1995. He is the author of Becoming Nietzsche: Early Reflections on Democritus, Schopenhauer, and Kant (Rowman and Littlefield) and has served on the Board of Directors of the Society for Values in Higher Education. Dr. Swift serves as a peer-reviewer for multiple academic presses and has had some success as a songwriter and musician. He has presented work to the Society for the Study of Philosophy and the Martial Arts. Paul trained under Charles Earle from 1986 to 2006 and is a current student of George Mattson and part of the IUKF Chibushi Dojo in Rhode Island.

Kanshu Bunkai: Where is the Dojo?

​Students will learn and practice Kanshu Bunkai with a special emphasis on different interpretations of how Bunkai can mediate between kata and real-world application.

​
Open to Rokyu students and above. 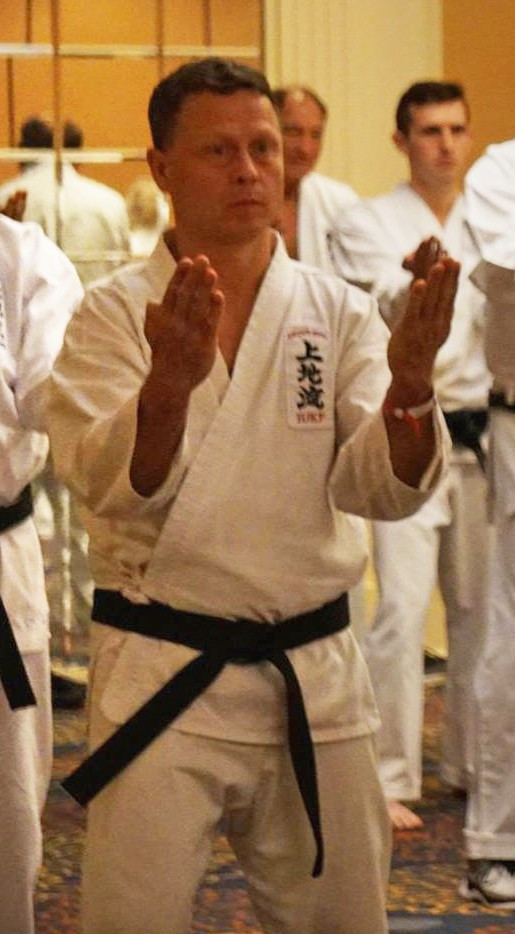 Sensei Richard Bennett​ - 6th Dan Uechi Ryu, 3rd Dan Matayoshi Kobudo, 1st Dan Aikido
​​Richard Bennett is the owner and chief instructor of Bennetts Karate based in Erie, Colorado. Richard has been doing Uechi Ryu Karate Do for over 30 years, starting when he was 4 years old, and currently holds a 6th degree black belt under his father Allen Bennett and Master James Thompson. Richard also holds a 3rd degree black belt in Matayoshi Kobudo, and 1st degree black belt in Aikido. He has made more than 12 trips to Okinawa, Japan since 2007 for Uechi Ryu and Kobudo, allowing him to train with more than 30 masters on the Island across many of the main karate and kobudo systems. These trips to Okinawa has allowed Richard to participate in many events on the island including two Okinawan International Championships in 2009 and 2018, Karate Day demonstrations, and as an assistant instructor to the World Seminars in Okinawa in 2015, 2017, and 2018 for Matayoshi Kobudo. 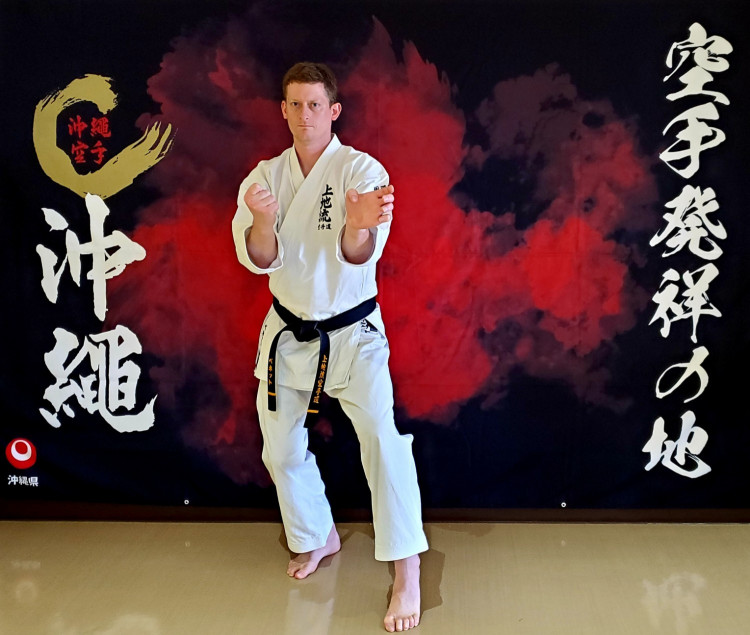 Confirmed
Confirmed
Confirmed
Confirmed
Richard Bennett will be running an hour long training session on the various joint locking, take downs, and throws that exist across Uechi Ryu pre-arranged kumite drills and bunkai. Many of these techniques are said to exist in Uechi Ryu exercises and are pointed out often in seminars or in the dojo, however the goal is actually practice these techniques and look in depth on many of these to see how they are incorporated in our exercises. Richard has developed his own 15 point throwing exercise that takes out these applications from various Uechi Ryu organizations across Okinawa including Uechi Ryu Okikukai, Kenseikai, Konankai, Shinkokai, Kenyukai and Master Thompson's organization Uechi Ryu Kokusai Kyokai. We will cover the throws throughout pre-arranged kumite #2 and kyu kumite, as well as various dan kumite and advanced black belt kata bunkai taught in many Uechi Ryu organizations. The seminar is intended for all kyu ranks and dan ranks under the idea that participants are able to fall well enough and use proper ukemi. Although we may lightly go over the right falling procedures for each technique, the class is not designed to teach participants how to fall properly.
Shihan Allen Bennett, Kyoshi - 8th dan Uechi Ryu Karate Do

​Kyoshi Allen Bennett has been involved in Uechi Ryu since the mid 1960's. He studied directly under Master James Thompson, and has been involved with the Uechi Ryu Kokusai organization since it's beginning. He has met and trained with martial artists such as Ernie Reyes Jr, Chuck Norris, and Steven Seagal. ​Kyoshi Allen Bennett has also trained in Japan and Okinawa with the Shinjo and Uechi Family, with recent training trips with Shintoku Takara. 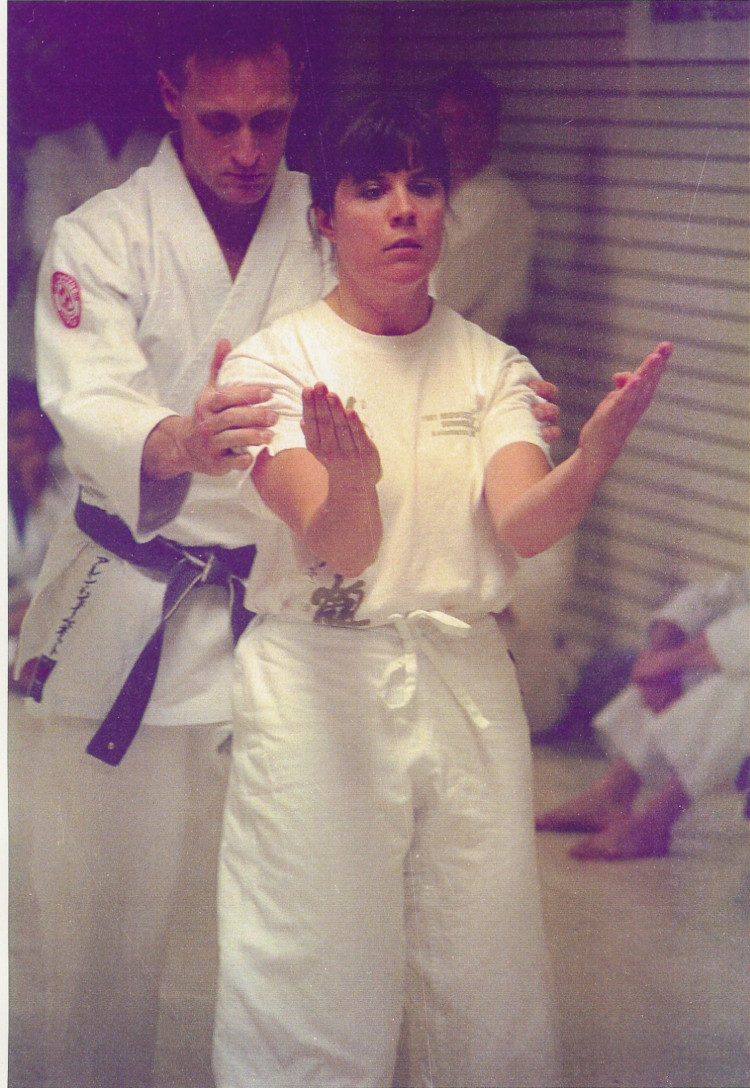 Are there any fees?

We recover expenses in the form of a $10 monthly dues donation from all members.  Honolulu Uechi-Ryu must pay an annual fee to be a member of  International Uechi-Ryu Karate Federation (IUKF). The dues we collect go straight to defraying that cost, as well as to cover equipment expenses, and to cover any special events incidental costs.

How often should I train?

You can train one day or two. It’s up to you. You will progress faster if you attend both weekend sessions.

If I train only one day a weekend will the dues be less?

No.  The instructors are not paid. We don’t make any money from it. So we offer you the opportunity to train once or twice a week, and the rest is up to you.

What is the enrollment process?

We are pretty informal. This isn’t a business. We do take safety seriously and have an enrollment form that you are required to fill in, so we have some information about you and so we have somewhere to record things like fees paid. We would like your email address so we can let you know about unforeseen and coming events. We also need to know who to contact in the unlikely event of an accident.

Do my fees include a uniform?

No, the dues cover exactly what is stated above. If you want to buy a karate uniform go to a martial arts supply shop. In Honolulu that is Hawaii Martial Arts Supply LLC located at 2909 Waialae Ave, Honolulu, HI 96826. Alternatively, you can purchase one on Amazon or other internet seller. Uniforms should be plain white. Most new uniforms come with a white belt.

When you have a uniform, and have paid your fees, we’ll give you a dojo patch for the uniform. You should sew on the patch at the earliest opportunity. It is required for grading.

What about grading fees?

We decided long ago that we did not want to sell grades for money. We grade on attendance, knowledge, ability, and attitude. So we do not charge for Kyu Rank colored belt grading. At Honolulu Uechi-Ryu, we only use four belt colors for adults: White, Green, Brown, and Black. There is a $100 testing fee for Black Belt ranks, but it is paid directly to the IUKF. All Black Belt Dan ranks are registered with the IUKF and are something to be very proud of.

I’ve graded to another belt color? How do I get a new belt?

You can buy a new belt from the same place you bought your uniform.

What are Kyu and Dan ranks?

Karate has a grading system which helps reward students for their progress and to provide an ongoing incentive. There are 9 kyu grades and three colors of belt prior to the Black Belt or Shodan. We do not award junior black belts. The highest rank a person under 18 years of age can attain with us is Ikkyu (or 1st level Brown Belt). They must then wait until at least 18 years of age in order to test for Shodan (1st degree Black Belt). Honolulu Uechi-Ryu follows the IUKF Black Belt Test Guide pertaining to syllabus and time in rank requirements.  ​​