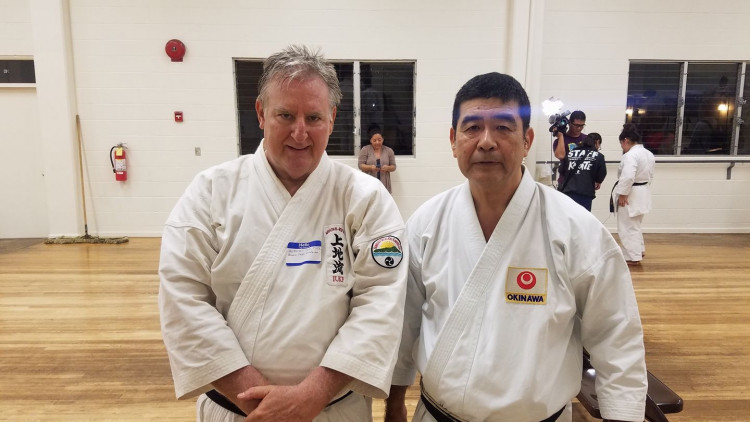 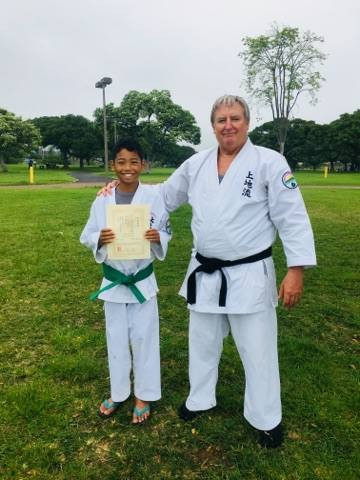 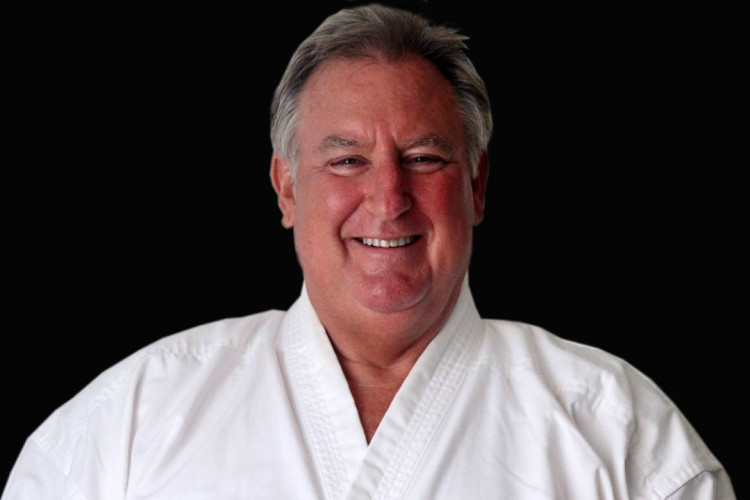 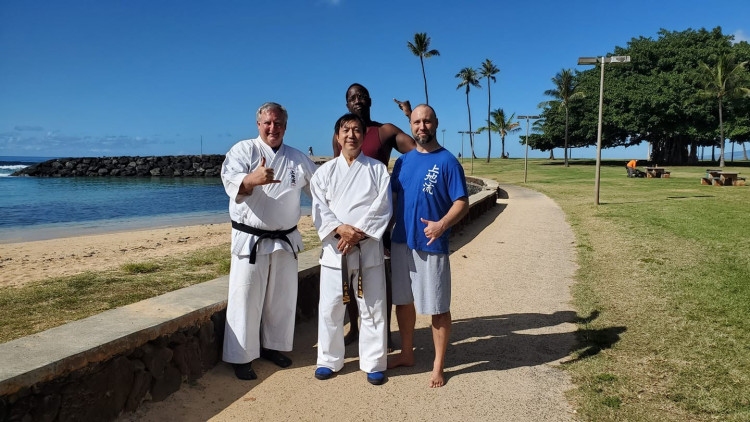 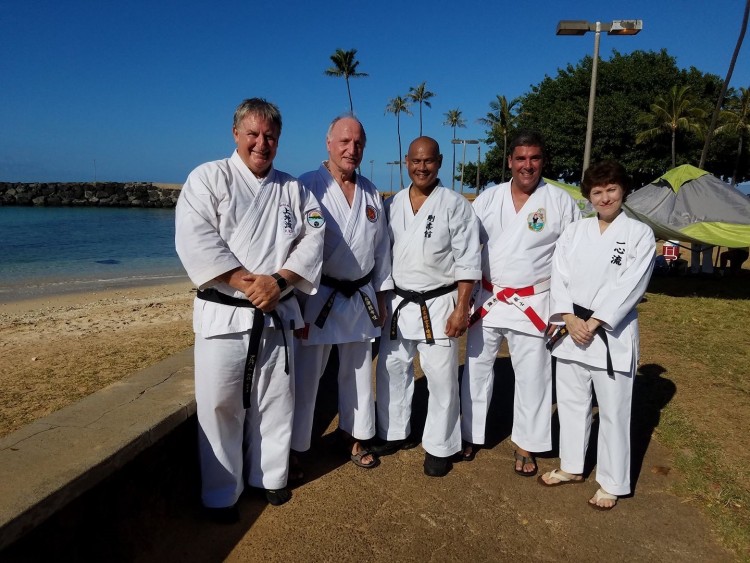 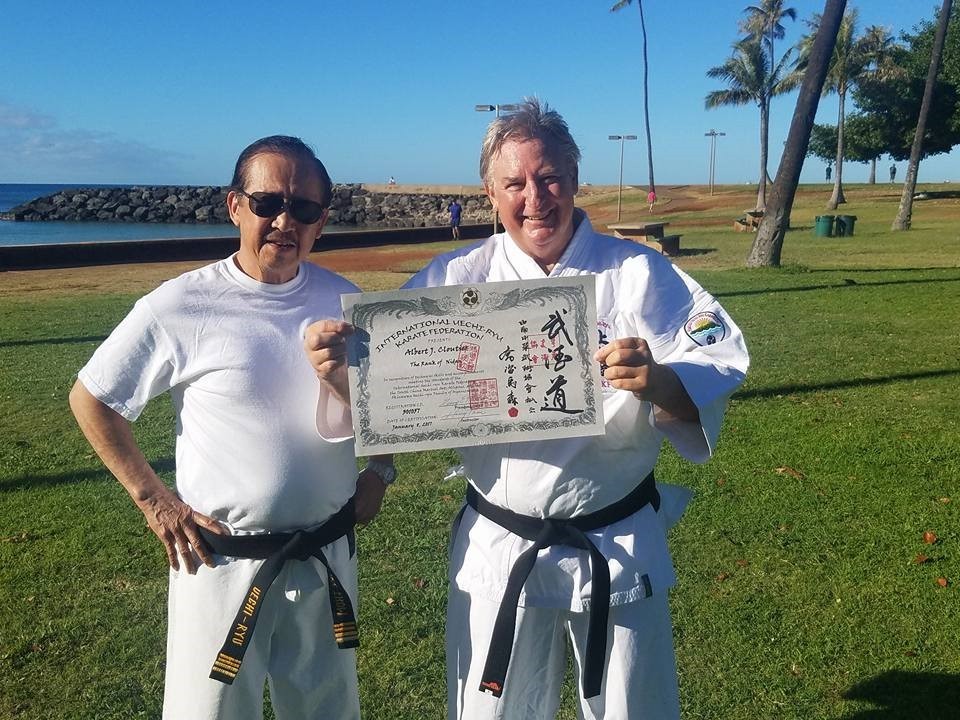 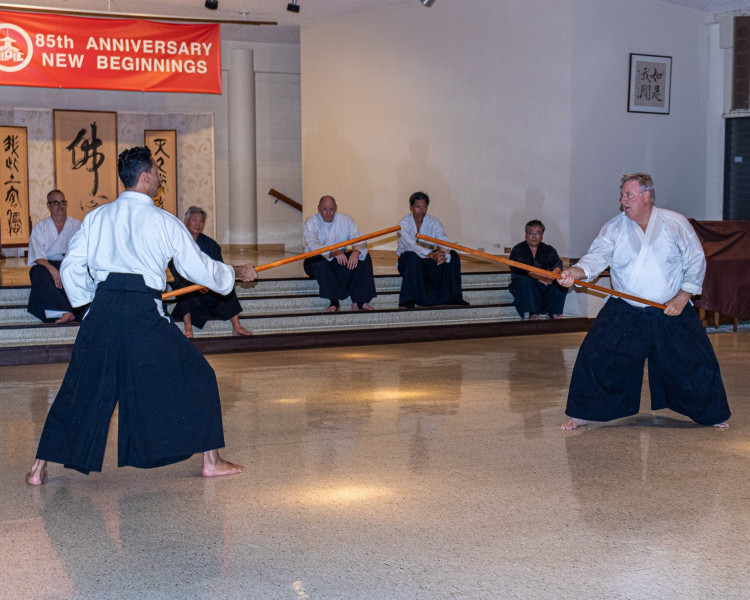 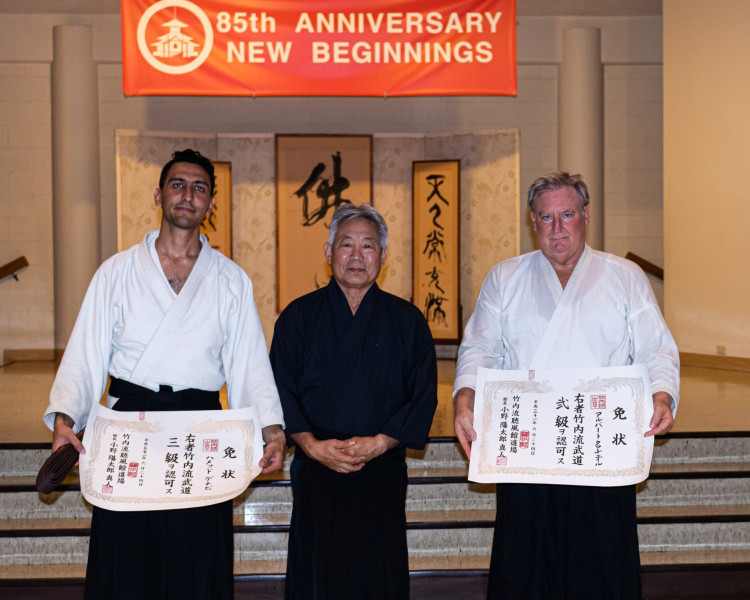 While Al is medically classified as handicapped, due to chronic venous insufficiency of the right leg (his leg can swell up to twice it's size, putting him at risk of deep vein thrombosis and pulmonary embolisms), Al prefers to take a positive attitude and simply considers himself "challenged". At 61 years old, Al believes the best years of his life are still ahead of him. In spite of his physical challenges, he feels his karate is stronger than ever.

He feels fortunate that he is training daily, is still learning new things, and working to pass on the treasures of Uechi-Ryu​ Karate-do and Budo.
Erik D Swanson - Uechi-ryu, Nidan (2nd Degree Black Belt)

​​After a long absence from formal training, in the summer of 2018, Erik joined the Uechi-ryu Karate-do Club. Training under Albert Cloutier Sensei, Erik was promoted to Shodan (1st degree black belt) on January 11, 2020. He earned his Nidan promotion on October 16, 2021. 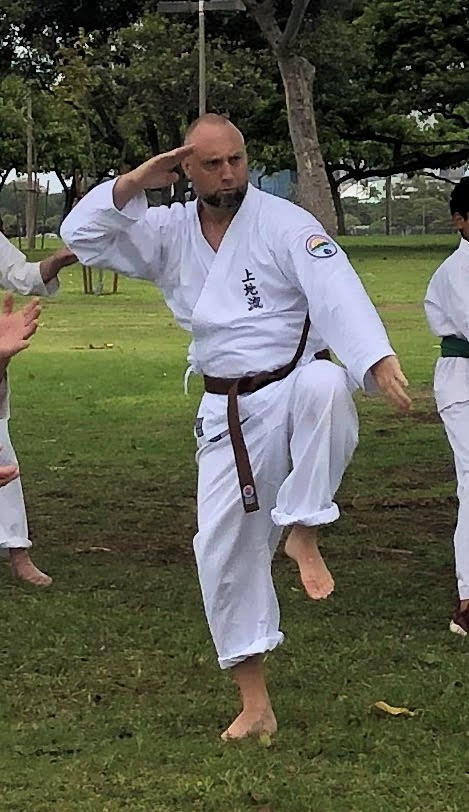 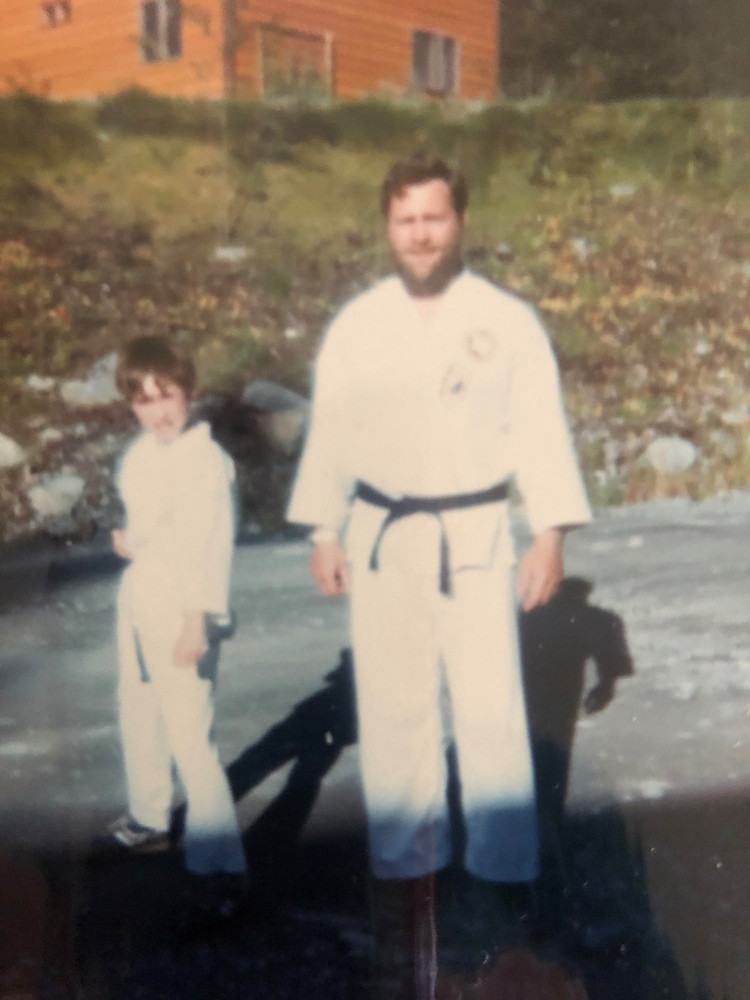 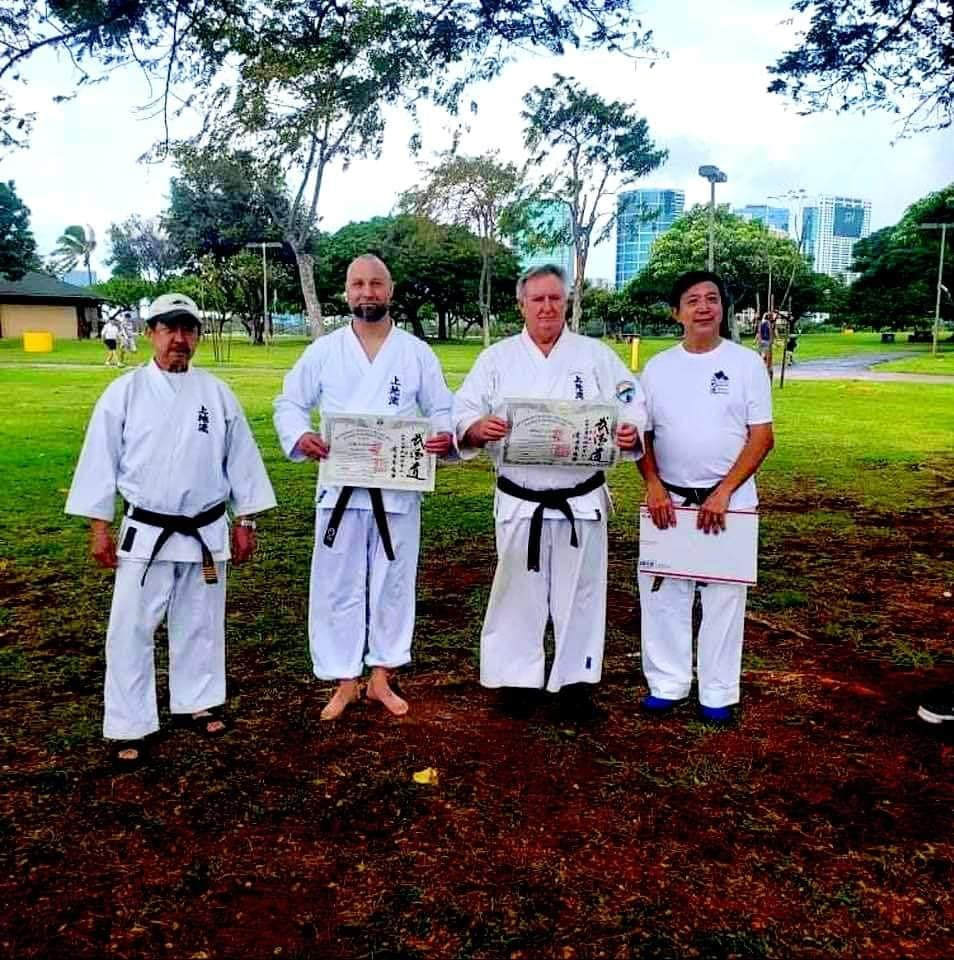 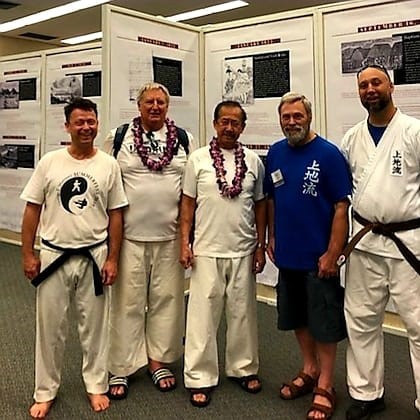 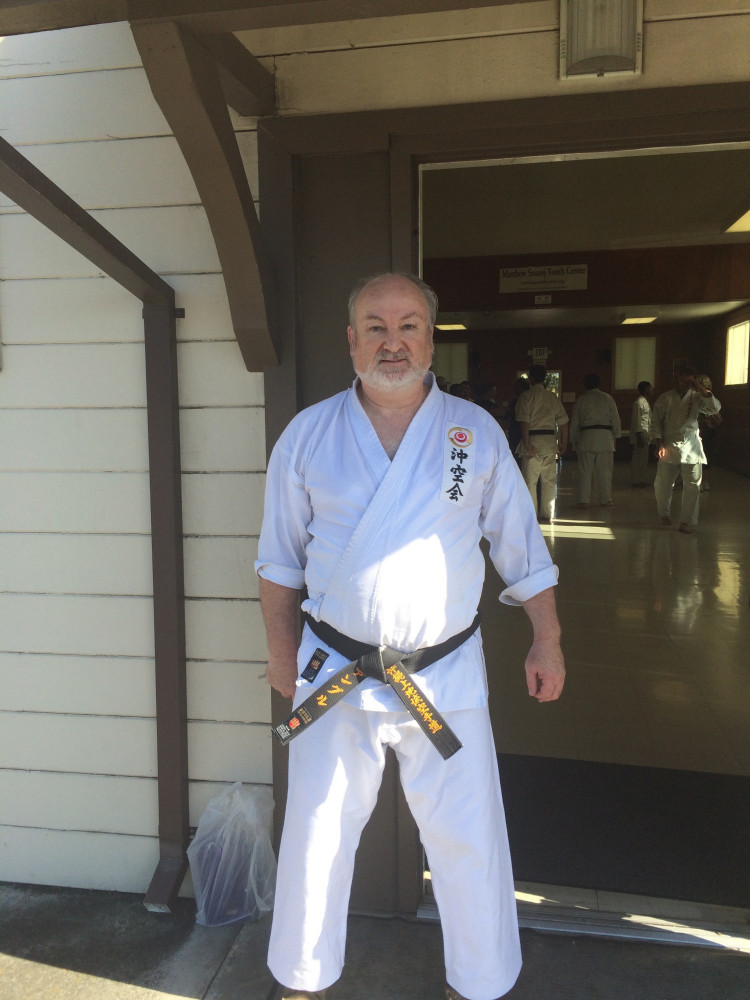 Len earned his Nidan through the Okikukai Karate Organization​. He has been training in Uechi-Ryu for several decades and training with Honolulu Uechi-ryu since 2019. Len has a solid understanding of Uechi-Ryu and is an important part of our training team.  Just like the rest of us, he volunteers his teaching freely, out of his love of the art. He also volunteers helping the less fortunate in the community by working at the Hawaii Food Bank. Len  also served as security personnel for a presidential candidate. He has recently created a  self-defense course for flight attendants.
​​
Assistant Instructors- Mark Wilding & Jashua Walker 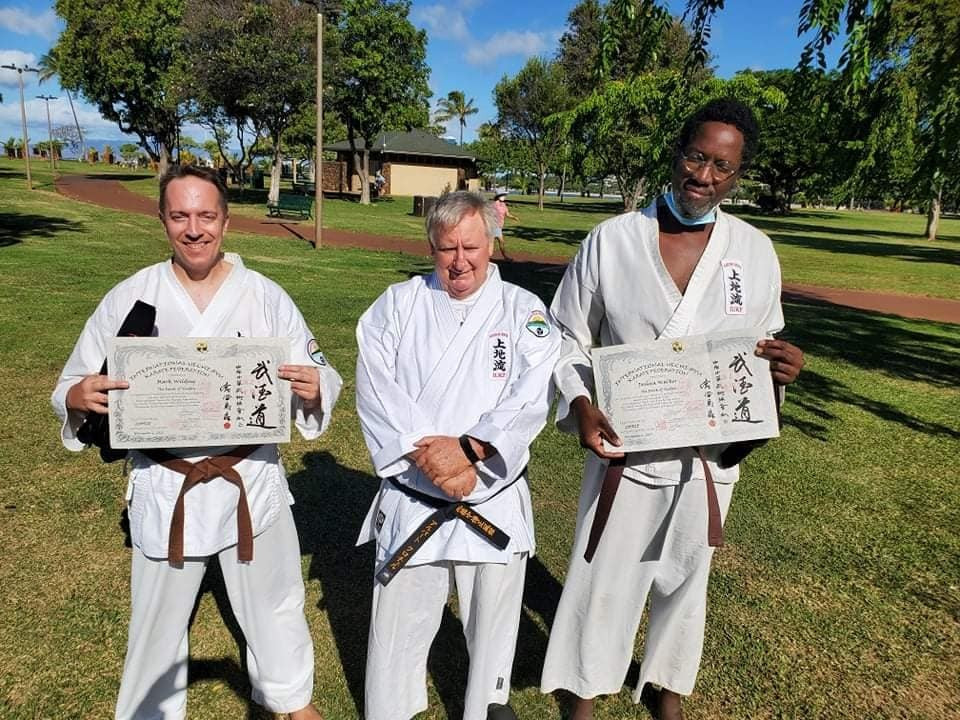 ​​Mark & Jashua are important new members of our training team.
They continually take the time to ​teach newer members the foundations of Uechi-Ryu and to help others to learn the curriculum of our school. As Sempai (Senior Students), they set a good example and assist in mentoring their Kohai (Junior Students). As a wise teacher once said "Sempai are the Treasures of the Dojo." That is certainly the case with Mark & Jash.
The Future of Uechi-Ryu in Hawaii....